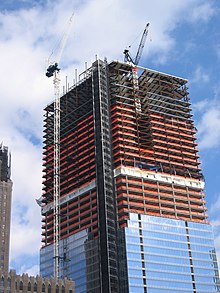 The Oak Park subdivision in northern (and western) Chesterfield County is an interesting story. While judging a new home real estate development as a success or failure in the past 5 years is not easy (nor fair), much of what Oak Park has brought to the Richmond landscape will be seen in the years to come as some of the most exciting, engaging and important residential Bbb Builders built for several decades.
John Dempsey, the lead developer, sought to create a subdivision that paid homage to the Ginter Park Neighborhood on Richmond’s Northside. Ginter Park, developed along Hermitage Road, Brook Road and Chamberlayne Avenue just moments north of Downtown, was one of the area’s first suburbs. Lewis Ginter, for which the subdivision was named, bought a large piece of land from what was then Henrico County and began to develop an area that would offer its residents a place where both living and playing were one and the same. Compared to such dense urban districts in the city such as Church Hill, The Fan and Jackson Ward, Ginter offered larger footprints and more room so that the ability relax and enjoy private green spaces while at home (and not just on vacation or on a retreat) became a part of everyday life.
The allure of Ginter Park initially was the lot sizes; the allure of Ginter Park for many today is the style of the housing. The style of housing within Ginter was what the developer sought to recreate in Oak Park. By borrowing from the Craftsman influences so prevalent in early and middle 20th Century, Oak Park’s architectural guidelines demanded exteriors that were both unique from one another and reminiscent of the past. The neighborhood guidelines also raised the minimal level of materials (especially on the exterior) to augment the look and feel of the entire neighborhood. The result was an environment where every home in Oak Park is memorable and property values are protected from each successive home that is built.
While nearly complete, there are still several lots owned by builders or individuals that can be built on. The last group of builders to erect homes in Oak Park have all built their homes to not only higher standards on the exterior, but to higher energy standards as well. Due to the elevated mandates for materials, Oak Park homes are more expensive to build. With an environment already conducive to finer construction techniques, building homes with better energy signatures becomes more feasible and less risky for the building community.
Oak Park will hopefully become the norm and not the exception. Building to a higher standard and employing more responsible techniques should be the standard to which all subdivisions are held. So many homes today are built to the minimum standards prescribed by the county’s Electrician Job Description Uk building code. Oak Park bucked that trend and demanded more. Hopefully, the successful conclusion to Oak Park will entice the next generation of developers to create neighborhoods that will be a part of the landscape for the next 100 years as Ginter Park has been.

Construction sites are subject to various construction-related risks, accidents, damage etc that threatens the completion of project and exposes materials in use or in transit to grave risk. Builder’s risk insurance indemnifies the insured against […] […]

Things You Ought to Know About Roll Roofing and Installation

Roll roofing is a common and popular type of material that one can use for fixing quick jobs. To be precise, this type of roofing is ideal for sheds, or other small structures that one […]

Things You Need To Know About Lead Roofs

Lead is a soft, heavy metal and its resilient and malleable characteristics make it the perfect item in construction, especially in outdoor construction that is used to keep the rain water out. It has been […]