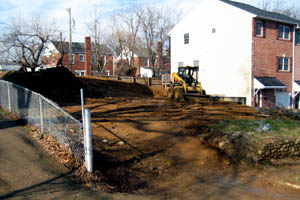 The Balinese Landscape industry is so very interesting, in construction we build things, actually we build everything including bridges and roads. Not long ago, our Teleprompter in Chief had mentioned that all business people, those who happened to own a business needed to pay more money back to the system that helped them get there, to give back, because without it, without that system, those business folks, us he’s talking about, could have never been successful in the first place. Thus, we ought to pay more taxes to pay for the infrastructure we use such as the roads and bridges that are there for us, that we didn’t build.
Well, to this I say; that’s utter poppycock, entrepreneurs did build the roads and bridges, and the railroad, and the steal, concrete, and everything else, without those companies they wouldn’t be there. Bechtel Corporation built the Hoover Dam, not the government, the government merely bid it out, the entrepreneurs built it. Same with everything else, so I am not sure exactly what he’s talking about, but if he is tempted to believe that he’s talking about all the businesses in the Contractor Walk Through industry, well then I’d say he’s sadly mistaken, and someone ought to point this out to the gentlemen before he continues his class warfare attacks on the construction entrepreneurs who busted their asses to make it all so.
One of the most noble of all industries is the construction industry, without it, there wouldn’t be much of anything, as you have to build it first, or you just have a whole bunch of humans squatting in the forest to take a dump. Everything we see, everywhere we go was built, brought, or made by an entrepreneurial business. Do we really now have to give back all of our earnings to the government? Why? We’ve already given, who in the hell do they think built this place, it sure as hell wasn’t those politicians in Chicago, or DC.
Perhaps, we need everyone in the industry to get out there and start letting everyone know all that we’ve done for this nation, and stop the onslaught of hyperbole and mean spirited nasty attacks on us. The construction industry has seen some tough times, we’d like to get back to full-speed, but that won’t happen without a change of attitude in Washington and with the average citizen soaking up those nonsensical teleprompter routines. Something has to give, we’ve already given enough and our fair share, now it’s time for DC to give us a break. Please consider all this.…