What Bay Windows Are Needed For 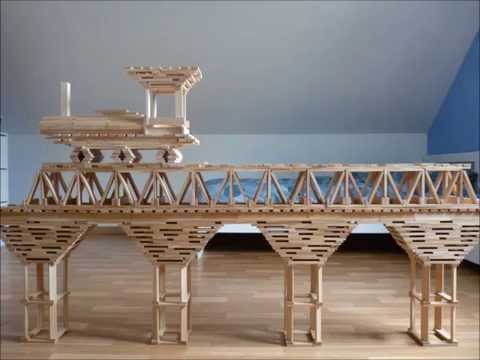 When designing one’s window features some people might wonder what are bay windows used for. They appear attractive enough but they will cost more than regular ones that run flush with the facade of the building. The bay window projects outward from the face thus creating more interior space and light. They are called bay windows because they create a bay in the room at angles of 90, 135 and 150 degrees.

The bay first became popular during the Victorian era in the 1870s. They are and were ideal for small spaces because they create the illusion that the room is larger. The bay window also adds a distinctive personality to any living space be it a house or apartment. Tiny dark alcoves will suddenly have breathing space where the light has been captured by the addition of a projecting window.

The popularity of the bay window was not limited to the UK or Europe. In the US too in cities such as San Francisco, the bay window became immensely popular. They usually project out about two to three feet from the wall. A problem developed as a result of this when they intruded onto the public space above public streets. City ordinances were created to control where these windows would be permitted to be built.

The modern day window tends not to be as ornate as its predecessors. In San Francisco the window from the past centuries ranged in style from Edwardian to Mission to Italian. The neoclassic windows serve as a decorative enhancement for facades and interior walls.

Today’s newer apartment buildings duplicate Victorian architecture but not very successfully. They often lack the imagination that the craftsmen of the past were able to integrate into their work.

The bay window still has an important role to play in modern architecture. They can accommodate greenhouses and hot tubs just to name a few examples. The imagination is the limit when it comes to creating new living spaces.

They are used in kitchens, living rooms and bedrooms. The bay is composed of three or more panes whereas the bow window consists of four or more panes joined at equal angles creating a curve. They will create multiple views and create extra counter space.

The bay is being added to many suburban homes for architectural detailing as well as the creation of space. It is a clever little detail that allows owners of existing homes to replace their existing panes and add the bay or bow window. Older homes of the 1940s and 50s were very cramped and boxy with small windows. When these are opened up they are transformed into very desirable homes.

When asked what bay windows are used for one can easily see that they are an innovative solution for adding light, creating space and injecting new character to an existing building. They are suitable in many rooms and in many settings. They will more than likely continue to be integrated into the architecture of the future with new architectural interpretations.