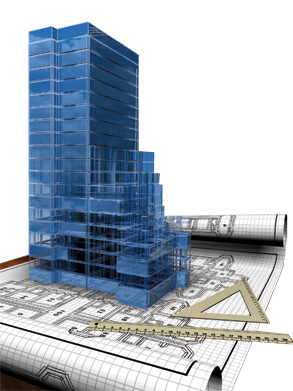 The construction industry faces challenges on a daily basis. Overcoming these challenges shows the industry’s ability to survive in an evolving marketplace. By taking a simple approach that involves Reviewing multinational companies outside the construction industry, Reporting on team progress and Responding through incremental improvements, positive change can lift construction performance and profitability. I met a war correspondent recently, well-weathered from his experiences. He described his greatest talent as getting out of tight spaces quickly and quietly – he backed it up by saying it was easier than what he saw construction companies manage – and often for prolonged periods. A war zone seemed finite compared with a construction business where the stress never ended.

He was exaggerating, but courage in the face of fire is hard to maintain. How many of our employees and contractors (or ourselves) shy away from tasks they may fail at (or not reach their target) through criticism if they didn’t succeed. It’s easier to keep your head low, avoid contact with the enemy and squirrel yourself away to survive.

The following are three ways to re-invigorate your construction business and remove the culture of ‘fear’ that stops innovation by reviewing, reporting and responding to market demand.

Step 1 Review multinational companies in industries other than construction

Construction can learn a lot from how other industries re-define themselves.

A Less from IBM

IBM, which celebrated its centenary in 2011, did not start out as the company it is today. It began its corporate journey making clocks, scales, cheese slicers, typewriters, vacuum tube calculators, magnetic tape, the first disk drive, the memory chip, FORTRAN, fractals, ATMs and mainframes before making a name for itself with mini-computers, personal computers, supercomputers, software and analytics.

Imagine what IBM may have become if innovation wasn’t at its core – namely a maker of kitchen gadgets based on its cheese-slicer origins. IBM’s example proves How To Renovate A House Yourself we shouldn’t define ourselves by what we make, but by the beliefs driving our organisations to maintain a service orientation that solves customers’ problems.

For IBM the PC was an innovation in 1981, touching tens of millions of people, but twenty years later IBM’s differentiation was limited, particularly with hybrid computers flooding the market.

As a result, continual forward movement remains part of IBM’s business model – its value proposition to create and provide innovative solutions for clients being the company’s core vision. But it’s the translation of that core vision into action over the past 100 years that has kept the company alive through a culture driven by its beliefs and values.

Never Define Yourself By What You Do Today

IBM’s chairman and CEO, Sam Palmisano says, “Because the frontier of what is truly innovative keeps moving, that compels us not to sit still. It is a constant reminder never to define ourselves by the things we make, no matter how successful they are today…”

Palmisano sacked 10,000 employees in 2009 and then a further 2,600 workers in 2010. It was the outcome of a major overhaul of IBM started by a previous CEO to change a culture based on employee-comfort to one of external performance, customer responsiveness and market leadership.

Again it was Palmisano who oversaw the exit of high-volume, low-margin businesses such as PCs in 2009, ensuring IBM’s financial results outperformed most of the corporate world. Today software is the cornerstone of the company’s profits with IBMs total revenue achieving $106.8 billion in 2010.

It was only through a return to core beliefs that IBM navigated away from competitive forces that could have seen the company’s demise. IBM was challenged for sacking its employees and for paying Palmisano a $24.3m pay cheque, with one commentator suggesting that IBM “now puts its staff through the cheese slicer to make a fortune for fat Sam”.

Step 2 Report On Your Own Services

If you had purchased your own services over the past year, would you be a satisfied customer? Be honest – what areas would you expect improvement in, or write yourself a glowing testimonial for?

There’s always room for improvement in each task we produce – even if it’s only five per cent – incrementally it all adds up. But if we asked our work teams to self-rate, who among them would invite criticism? How many opportunities do they avoid because of fear of criticism if they get it wrong? The author of an excellent book on management says, “Our fear of criticism is stronger than our desire for success.” Interesting.

Action Point: Establish a team with members from each business area eg procurement, project management, delivery, etc and create a list of items you would expect a customer to experience as ‘good value’ in each area. Have team members review another division they personally are not involved with and rate according to service, reliability, problem solving, responsiveness, work quality, timeliness, teamwork, compliance and client focus.

Improve areas that fall below benchmarked expectations and establish three key goals for developing each team’s skills and abilities. This may include further training, establishing better systems, higher levels of communication or greater personal responsibility.

If the construction industry doesn’t respond to market pressures and maintain a focus on innovation and responsiveness to competitive forces, it will not only stagnate, but be left behind as the world around continues to change.

If construction can develop an organisational culture where innovation occurs without fear of criticism, and new ideas based on responsiveness to customer demands and needs are welcomed, then construction – like IBM – has a bright future.

On a personal note, I would encourage you to grab a copy of the book that triggered Building A Custom Home Checklist this thinking. It’s Think And Grow Rich by Napoleon Hill. An oldy but a goody.