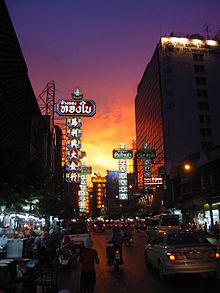 Retail and commercial buildings share a number of concerns in terms of energy use. However, they also differ in some respects. For example, visibility from the outside through the windows is generally much more important in retail situations. You want your customers to be able to see your wares, whereas it doesn’t really matter if they can see the desks and file cabinets in your office. In fact, you could well prefer they weren’t able to see some of the back-office functions being performed.

Until fairly recently, addressing energy concerns in retail and office buildings was a challenge when it came to heat entering and leaving through windows. For retailers, the tints and reflective coatings of the past were not good solutions because they cut visibility. People couldn’t see into the store and so were less likely to go in and buy. These coatings and tints also have a negative effect on commercial buildings. They often do not complement the architecture. Instead they detract from the buildings’ appearance.

So what is the answer to energy conservation when it comes to gain and loss through windows? Whatever it is, it needs to look good, not affect visibility and, at the same time help reduce energy costs.

The solution is V-KOOL window tinting film for retail and commercial applications. V-KOOL window tinting film is almost entirely transparent. But, even though it’s clear and looks as though it would have no effect on sunlight entering a building, it actually stops more than 96 percent of the infrared rays striking the window, yet it allows almost 80 percent of the sun’s light to pass through.

What’s the importance of infrared radiation? Infrared light is invisible to human eyes, but it plays a critical role in sunlight. You feel every time you lie on the beach because it’s the radiation that warms you. It’s not the ultraviolet light that burns you. Instead, it’s harmless, but it can heat up a building and make the air conditioning work harder.

By eliminating so much infrared radiation, V-KOOL window tinting film is able to reduce total heat by 65 percent. The result of all this is a reduced need for air conditioning and even a reduced need for bright electric lighting. The bottom line is lower energy bills and a more efficient building.

It’s also should be noted that V-KOOL window tinting film blocks 99 percent of ultraviolet radiation. This benefit matters because ultraviolet radiation can cause upholstery, drapes, carpets and many other objects that can be found in retail and commercial environments to fade.